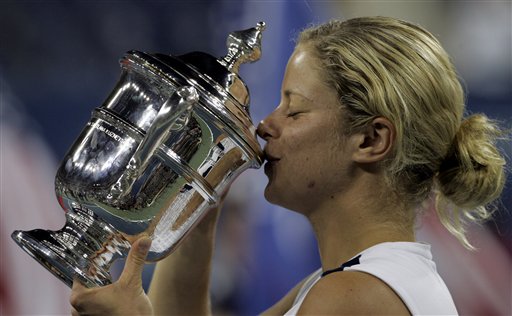 Tennis talent Max Govaerts from Curacao met Kim Clijsters already 10 years ago in New York, 2004. Max was just a baby and stayed with his mother in the same hotel as Kim, she was playing the US Open at that time. During their stay they got stuck in the elevator for 15 minutes……together with Kim! Kim entertained herself those 15 minutes in the elevator with baby Max. A few days later Kim won the US Open! Now, 10 years later, Max is going to meet Kim again: he’s playing the Kim Clijsters Next Generation Cup at her academy!