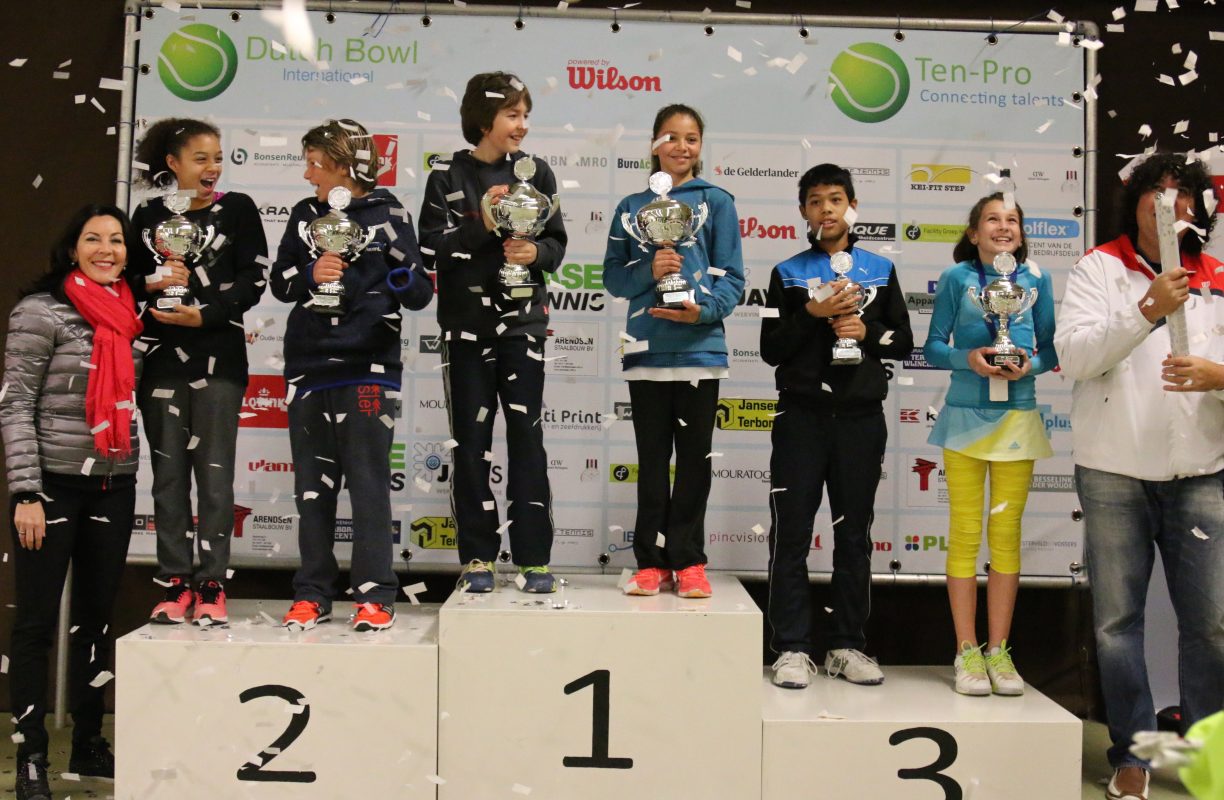 Today the 2004 tournament came to a conclusion. We saw some spectacular matches for the third, second and first place of the Dutch Bowl! We saw fair play, we saw emotions and we saw young tennis players trying to keep their act together! We are proud to announce the following winners of the Dutch Bowl International 2016, born 2004:
Boys:
3rd place: Christopher Lam from the Netherlands
Runner up: Nicolas Philibert from England
Winner: Luka Novakovic from the Netherlands
Girls:
3rd place: Nikol Guwenkaya from Russia
Runner up: Chyara Onia from Belgium
Winner: Sofia Costoulas from Belgium
After the grand opening today we will start tomorrow the 2005/2006 tournament for the coming five days!