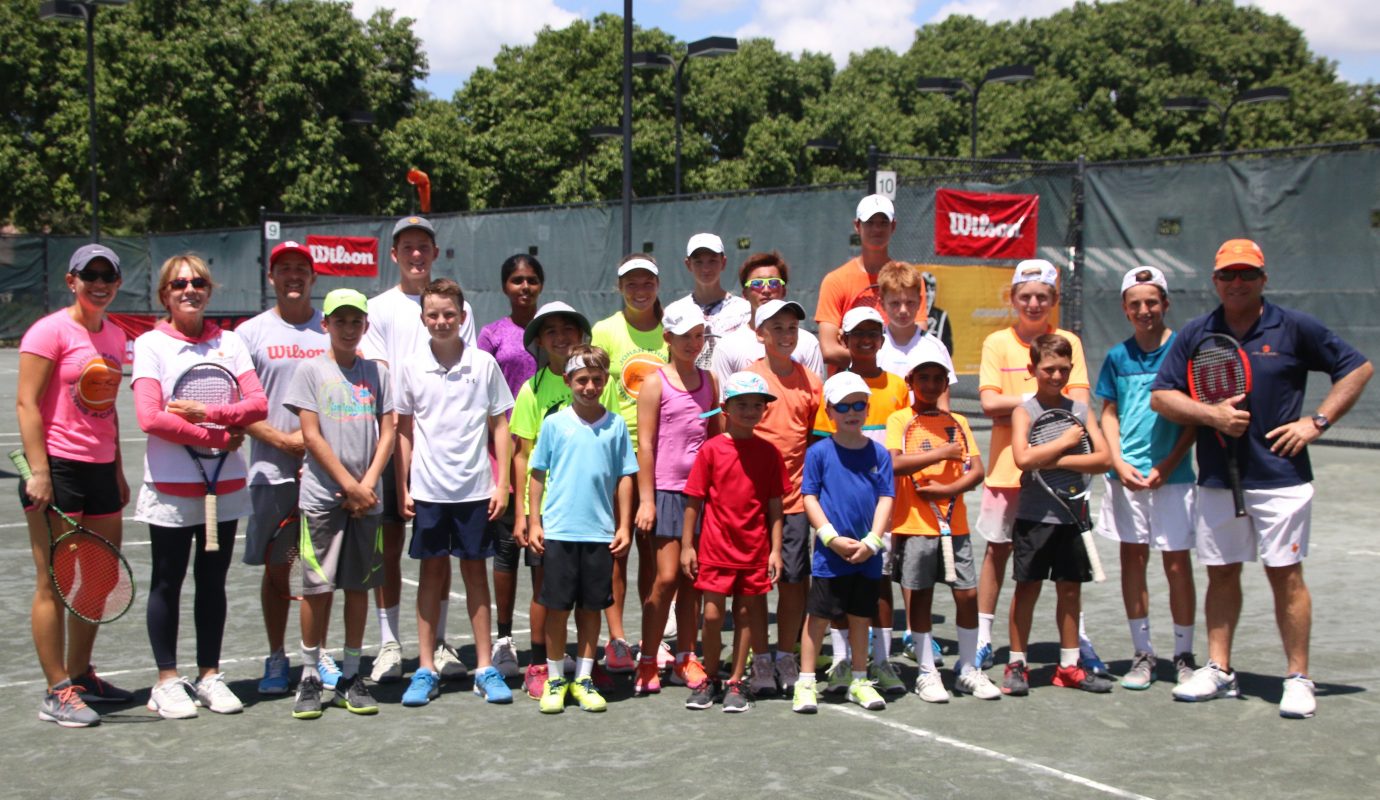 Highlight of today was, for sure, the clinic with Johan Kriek! What a nice clinic it was! Johan started with a short but very interesting and inspiring chat about tennis and how he became a two time Grand Slam winner. After that players started with different exercises. Footwerk, according to Johan the base of the tennis game, was trained in different ways. Despite of the heat players enjoyed it and worked very hard! After more than one hour a group picture was made and everybody had earned their lunch! Today we also started with playing the semi finals. The first finalists of the Kriek Cup are already known:

Tomorrow we will continue with playing the semi finals!