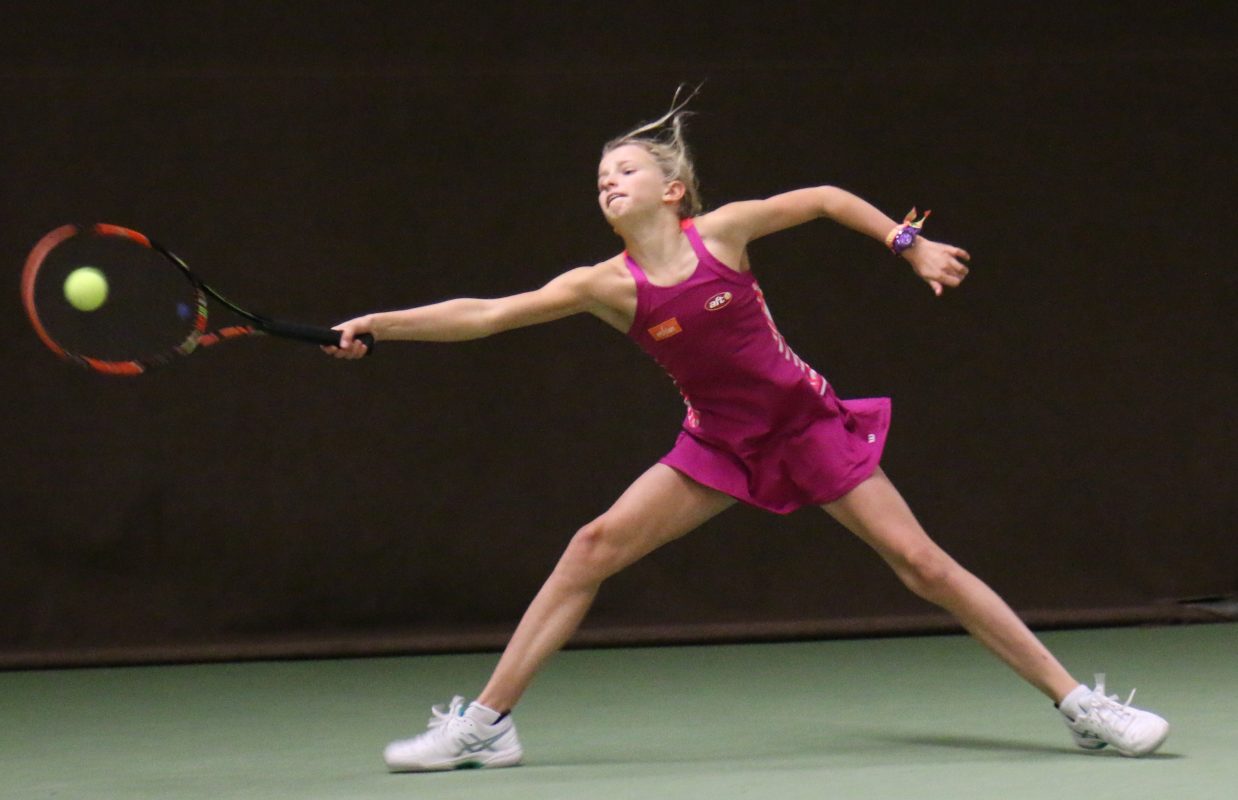 Today’s statistics: 47 matches, 98 sets, 829 games.
The match of the day was the semi final between Nicolas Philibert from England and Steffan van Weldam from the Netherlands. Both boys played a suburb match! Steffan won the first set with 6-2 and had three matchpoints in the second set. What nobody expected happened…..Nicolas came back from 5-3 and won the second set with 7-6. Nicolas took over the initiative and Steffan was not able to fight his way back into the match and lost the third set with 6-2…..