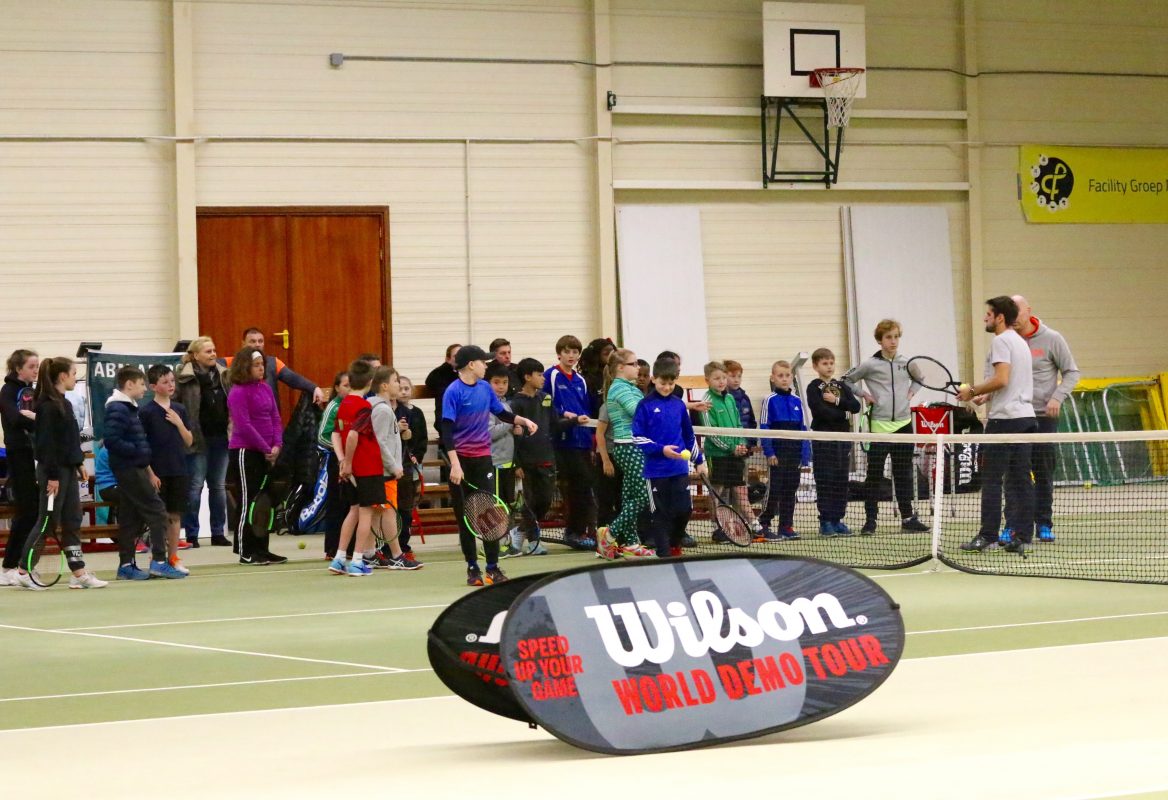 Today we had, besides some beautiful matches, the Wilson Demo Tour at the Dutch Bowl tournament! There were 2 sessions in which our players could test the new series of Wilson Rackets! The Wilson promotion team presented some tennisgames to the players during which they could test the different rackets in different situations. Looking at the reactions afterwords the only conclusion can be that the kids really enjoyed not only the games but also the new Wilson rackets!