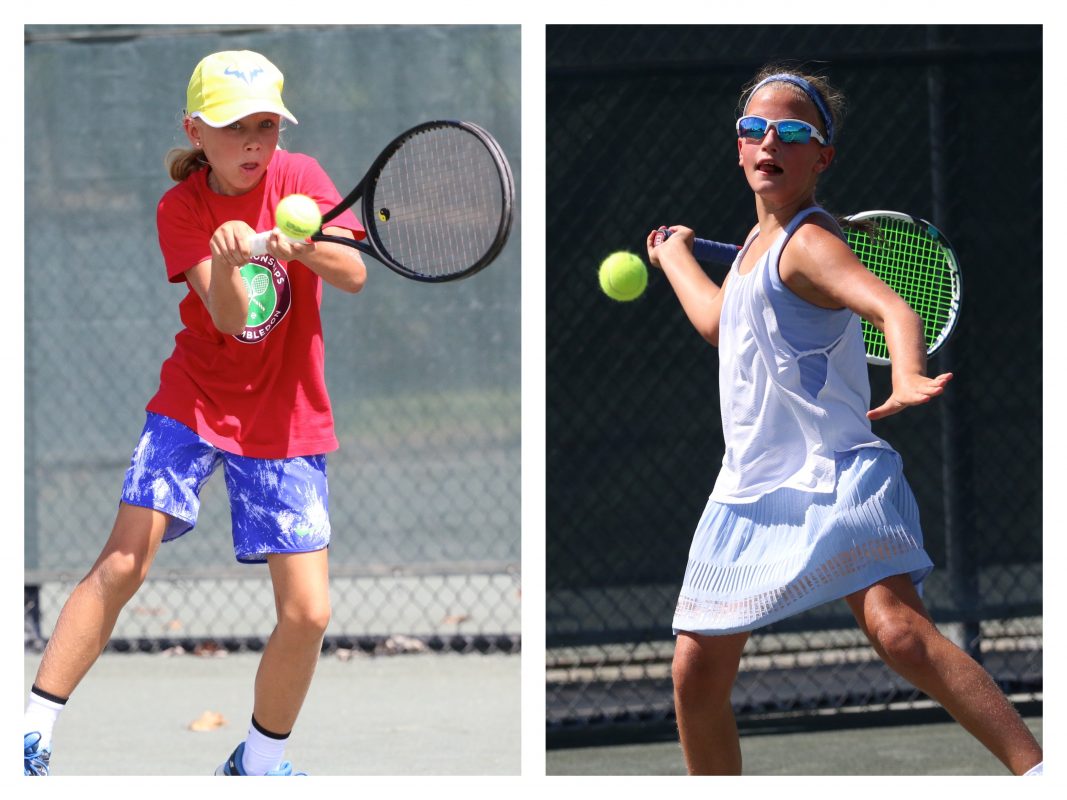 Despite the high temperatures we saw some very nice matches today! Match of the day, for sure, was the match between Olga Danilova from Russia and Natalie Oliver from the US. The girls (category born 2007) started their match at 11.00 o’clock this morning. Olga won the first set with 6-3. In the second set the level was much more equal. Natalie fought herself back into the match and put Olga in trouble! After almost 2 hours Natalie won the second set with 7-6. In the meantime temperature reached its highest point and there was not a whiff of wind! In the third set Natalie was getting exhausted and finally Olga won, after more than 2 hours, the third set with 6-1! A compliment to both girls after such a match!!