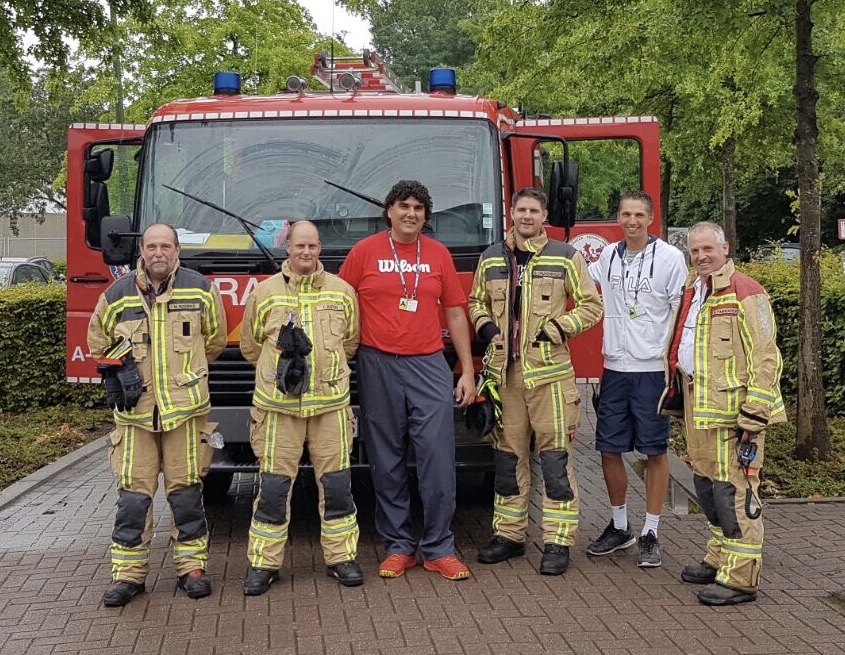 The first day of a tournament is always a very busy day. For some players it’s a new experience and they have to learn how everything is organized within the Ten-Pro tournaments. So with a fully booked program for today and showers starting around 12 o’clock it got very crowded in the canteen. Players waiting for their match due to the rain, hungry players waiting for their meal and a lot of parents & coaches. At that moment the kitchen was working overtime and produced so much steam that the fire alarm went off…. 10 minutes later the fire brigade entered the kitchen of the Kim Clijsters Academy and saw that it was only steam that caused the alarm! At the end of the day all delays were eliminated, we saw nice matches and what nobody expected: the sun was shining again!!